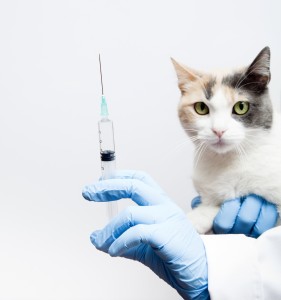 Just about everyone has heard about rabies. People generally understand that it’s a “bad” disease, but few people actually understand what it is or what their risk is. Animal owners in need to have a handle on this deadly infection. Rabies in pets is serious business, and it is up to you to know about it.

Rabies has been around for thousands of years and is one of the most universally feared infections across the world. While rabies in this country has been largely controlled, that doesn’t make it any less serious.

Rabies is caused by a rhabdovirus carried by infected animals. All mammals, including humans, are able to contract this disease through direct contact with an affected animal, usually through a bite. Despite the wonders of modern medicine, once a person or animal begins to show symptoms of the disease, it is not generally treatable and almost universally fatal.

When an animal is exposed, the virus lives in the tissues the moves into the nervous system. Over the course of a month or more (up to a year in rare instances) the rabies virus will work its way up into the brain.

Once it reaches the brain, symptoms of rabies become apparent. An infected animal will show stereotypical signs including:

Once the virus reaches the brain, death almost always occurs within five to ten days.

While most cases of rabies in this country are found in wild animals such as skunks, raccoons, and bats, any mammal is at risk. This includes our dogs and cats who may find themselves inadvertently face to face with a rabid critter. In fact, just this year a kitten in Colorado was found to be rabid after potentially exposing 20 people to the deadly disease.

Wildlife sometimes makes its way indoors, so it important to remember that even indoor-only pets need protection.

Do your best to discourage your pets from interacting with wildlife. Be sure to take steps to decrease the wildlife around your home, such as securing garbage cans and feeding pets indoors.

Report any suspicious-acting wildlife to animal control as well as any stray dogs or cats to try to keep the area around your home rabies-free.

Did you know that by Texas state law, all dogs and cats need to have received a rabies vaccine by four months of age? It is extremely important to keep our pets up to date on their rabies vaccines.

Rabies vaccination is very safe (although no vaccine is without risk) and extremely effective. Puppies and kittens receive their first rabies shot between twelve and sixteen weeks of age and then again a year later. After the first year vaccine, rabies vaccination is repeated every one to three years, depending on the type of vaccination administered.

Pets who have not been vaccinated, besides being in violation of the law, must be quarantined if exposed to potentially infected wildlife.

Rabies in pets is a serious thing, especially because they can also transmit the disease to their human family if exposed. If you have any questions about protection your pets from rabies, please let us know. We are always happy to help keep your pets healthy and safe.