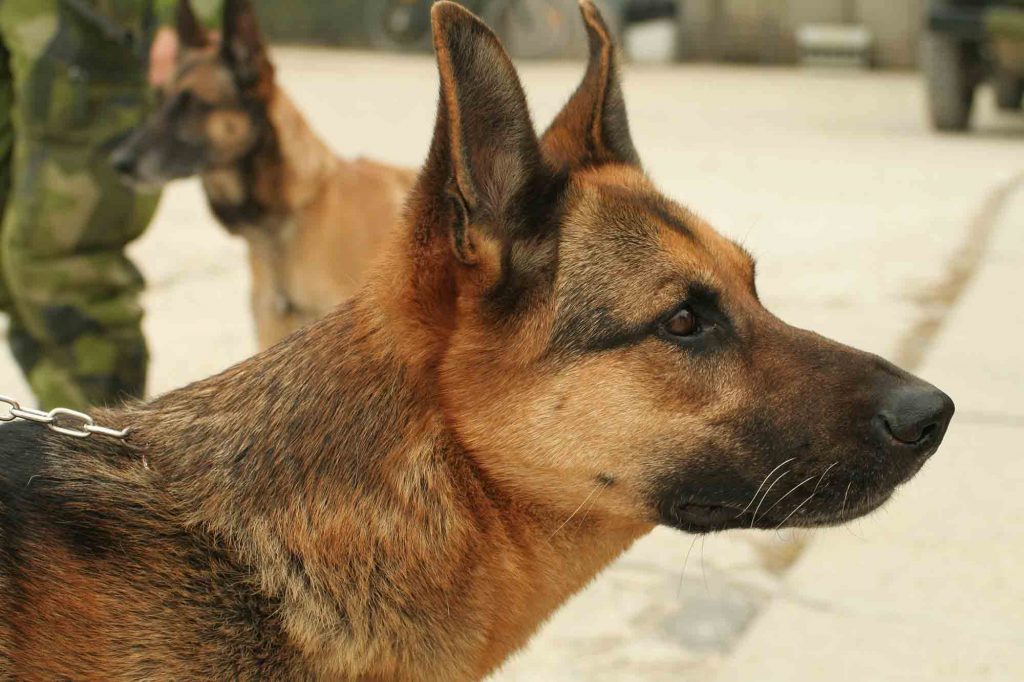 Veterans Day is a time of remembrance, to pause and pay our respects to the courageous men and women who have served in the military. These incredible individuals have made significant sacrifices to ensure our rights, freedoms, and livelihood. Their dedication and sense of duty is felt and appreciated as we honor our veterans.

Also among these honorable individuals are our canine veterans! Canine veterans (or K9 veterans) are unsung heroes, often unknown to most people (although they’re starting to get the notice they deserve). At Leon Valley Veterinary Hospital, we want to salute these amazing dogs who also serve this country with dedication and bravery.

What is a Canine Veteran?

Dogs are well known for being man’s best friend, and they’ve evolved alongside us often working as sentries, hunters, and protectors. Throughout history, dogs have been used as lookouts, trackers, and guard dogs. In fact, dogs of war predate the Roman Empire, and dogs were also instrumental in the Revolutionary War and American Civil War.

Dogs weren’t officially recognized by the military until World War II after the attack at Pearl Harbor, when dogs were brought into the Coast Guard, Navy, and Marines to serve on submarines and ships.

More recently, military working/war dogs (MWD’s) can be found in all branches of the military serving in a variety of ways. You’ll find them traversing difficult terrain, skydiving into unknown territory, and rappelling over steep canyons with their handlers.

To date, there are over 1,600 military working dogs assisting the armed forces in active combat and as PTSD therapy canines.

How do They Become a MWD?

You may think of your pet as the ultimate canine commando, but dogs in military service undergo extensive and rigorous training that often includes specialized levels of learning. As you might have guessed, these highly skilled dogs also come with a big price tag, between $20,000-$50,000.

The reason they’re so expensive is because they come equipped with military training skills that go far beyond the “sit” and “drop it” commands of basic obedience. Some of the areas in which these amazing dogs are trained include:

Interestingly, the military does not train these dogs themselves, but imports these special canines primarily from other countries that have worked with MWD’s extensively.

When it comes to which dog becomes an elite soldier, breed definitely matters. Dogs are selected for skills that are innate to their nature/breed. For example, German shepherds are better able to detect bombs and gases better than most breeds.

Military dogs are at the same risk (if not more) of injury and death, as well as the emotional repercussions of war. In fact, we now know that dogs can suffer from post traumatic stress disorder from serving in a combat situation.

Their impact is also deeply felt by their handlers. Fellow servicemen and women who fought or worked alongside their fallen four-legged comrades grieve in the same way they would for a fellow human soldier. This loss is especially great if the dog provided emotional support during incredibly traumatic and stressful times.

Thankfully, the public is learning more and more about the role canines play in the military and just how effective their service can be in saving lives. To all our military working dogs, both past and present, we are indebted to your service and loyalty. To all veterans, we give our deepest appreciation for your sacrifice.

Do you have a story about a canine veteran? We’d love to hear from you!

Tags: Canine Veterans | Service Dogs | Veterans | Working Dogs
Posted in: For The Dogs | You & Your Pet
Previous: Choosing the Right Water and Food Bowls for Your Pet
Next: A Friendly Reminder for a Pet-Friendly Thanksgiving